Bodega Otazu is the Northernmost winery in Spain producing red wine. It is situated in an enviable natural place. The village and the vineyard of Otazu, located only 8 kilometers from Pamplona and 390 meters above sea level, are surrounded by the Sierra del Perdón and Sarbil, and the Arga River, natural boundary of the estate. Thanks to the exceptional characteristics of its soil and its special microclimate, the wines made from this vineyard are complex and very different to the ones produced in the rest of the region. The viticultural tradition of Otazu dates back to the XIIth century and has reach the highest qualification a wine can have in Spain: Pago wine. The historical complex has been entirely restored keeping the old town alive. The antique winery has been turned into a museum and art space where a large collection of contemporay art works can be enjoyed. The cellar is an impressive Cathedral which has been recognized as one of the most oustanding projects in WIne and Arquitecture. Without any doubt Bodega Otazu is a blend of nature, art and wine, offering visitors a unique experience.
1. Visita Pago de Otazu A 90-minute tour to get an in-depth look at the winery\'s history, its old building converted into a wine museum and space for contemporary art, with works by prestigious international artists. It will also be possible to discover the current winemaking area where the magical underground barrel room stands out, known as the \"Cathedral of Wine\", an international architectural reference, as well as the crypt of bottles. The visit ends with a tasting of 2 wines accompanied by loin and cheese.\r\n------\r\n2. Visit Señorio de Otazu \r\n-\r\nA tour of approximately 120 minutes that in addition to allowing us to get to know the winemaking project, the art collection, and the impressive barrel room known as the Cathedral of Wine, also includes a walk through the historic Sen? Ori? o de Otazu, consisting of a Romanesque church of the twelfth century, a defensapalomar tower of the fourteenth century and the Cabo de Armeri? a palace of the Cape of Armery. On the way to the winery, you can appreciate the wines qualified with the highest certification: Denominacio? n PAGO DE OTAZU. The visit concludes the tasting of 3 wines.\r\n-----\r\n3. Being a Winemaker Experience: (by appointment) Group price: from €1.700, (up to 20 people)\r\n-\r\nThis is a very special opportunity to experience what does it feels to be an oenologist or wine-maker for a day participating actively in the assembling of your dreamed wine while discovering a beautiful winery brimming with art.\r\n \r\nWith this interesting activity you will not only have the opportunity to discover one of the best kept secrets of wine making, but also to test all your enological knowledge and enjoying a very special team building activity.\r\n \r\nAfter visiting the vineyard and the historical site of the property, the technical team introduces the different phases of wine making and the skills for the assembling.\r\nThe group is divided into teams. Each team will be given three red wines, one from each of the grape varieties harvested in Otazu (Cabernet Sauvignon, Merlot and Tempranillo). With the help, supervision and advice of our enologist, each team will be able to assay different \"coupages\" combining different proportions of each single-varietal wine until achieving \"the perfect blend\".\r\nFinally, there will be a blind tasting of the wines proposed by each group to choose the best one for the majority of the members of the group.

What Wine.Pop can do for YOUR winery: 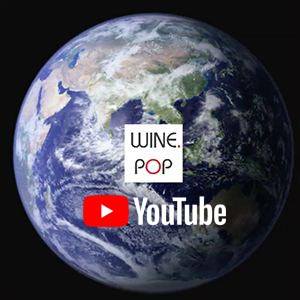 Circle of Recommendation and YOUR winery: 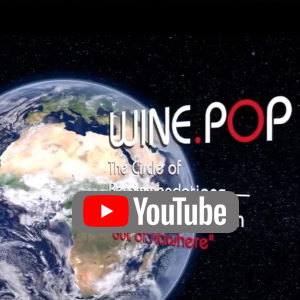 Tips for Wineries – Ideas and Dreams – Customize the experience!

Free Wine? Let’s visit a wine cellar and get some!

The Wonders of the South African Winelands (English | Deutsch)